Is There Science Behind That?: Fecal Microbial Transplantation

Is There Science Behind That? Fecal Microbial Transplantation
By
Thomas Zane & Kathleen Holehan
Department of Applied Behavioral Science, University of Kansas 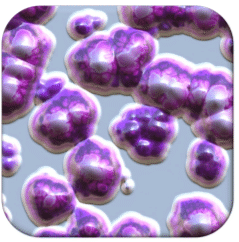 As the incidence of autism spectrum disorder (ASD) continues to rise, treatments continue to be developed. A search for interventions yields two different approaches towards treatment – social/psychological/educational, and medical. Examples of the former include applied behavior analysis (ABA), social skills training, and special education. One example of a medically-oriented treatment is Fecal Microbial Transplantation (FMT) which is the subject of the present column. What is FMT, how is it used, and can it be considered an evidenced-based practice?

The basic theory behind FMT to treat autism goes something like this – for some reason, the intestines of individuals with autism would be producing bacteria that are not native to the intestines and function as toxic agents (Finegold, et al., 2002), which then produce the symptoms of autism. To recover the health of the intestine, fecal matter (from a healthy donor) is “transplanted” into the gut of the individual with autism, which purportedly then transmits the good bacteria into the gut of the individual with autism and begins the process of destroying the toxic bacteria and replacing it with healthy bacteria. This, then, would alleviate the symptoms of ASD. Thus, the sequence of events are:

The first recorded use of FMT was noted in fourth century China, for the treatment of diarrhea and food poisoning (Zhang, et al. (2012). Since then, the procedure has been used in the medical community with specific medical illnesses, such as clostridium difficile (CDI; e.g., Brandt, Aroniadis, Mellow, et al., 2012). There is a vast medical literature reporting on the role of intestinal bacteria in health (.e.g., Panda, Guarner, & Manichanh, 2014; The Human Microbiome Consortium Project, 2012; Ursell, Metcalf, Parfrey, et al., 2012). Generally speaking, medical procedures are conducted to collect intestinal bacteria which are treated to a variety of laboratory procedures to determine the type, extent, and health of the bacteria found in the samples. Several studies have been published that purportedly show a wide variety of intestinal bacteria across a number of diseases, including Irritable Bowel Disease (IBS; e.g., Frank, Amand, Feldman, et al., 2007), obesity, (e.g., Kriegel, Sefik, Hill, et al., 2011), cardiovascular (e.g., Brown & Hazen, 2015), arthritis (e.g., Scher & Abramson, 2011), and multiple sclerosis (e.g., Ochoa-Reparaz, Mielcarz, Ditrio, et al., 2009). Based upon these laboratory findings across studies, FMT has been used to transfer healthy bacteria (from healthy donors) to the intestines of an ill individual, in the hopes that the healthy bacteria in the fecal matter will spread into the intestines of the recipient and replace the bad bacteria with healthy ones, resulting in improved health. Methods of transplanting the fecal matter include direct infusion into the GI tract via colonoscopy, enemas (Persky & Brandt, 2000) or swallowed in capsule form (Kelly et al., 2015).

Relationship between Intestinal Health and ASD

Finegold, et al. (2002) suggested that the use of antimicrobial products (medicines and other substances that kill or inhibit the growth of microorganisms, such as bacteria and fungi) could impair or alter indigenous intestinal flora and thus allow organisms that produce a neurotoxin into the body. This neurotoxin may be related to the development of autism, since some parents report the onset of autism to a time closely approximating the use of antimicrobial products (Sekirov, et al. 2010). In other words, Finegold and colleagues, and Bolte (1998) are suggesting that, at least for individuals diagnosed with ‘late onset’ autism, the establishment of the syndrome could be due to the use of antimicrobial medication, which kills the typical (and harmless) bacteria in the intestines, which then allows the development of other intestinal bacteria that produces a neurotoxin, which then produces the symptomatology of autism. Further support comes from Finegold et al. (2002) who compared the makeup of intestinal bacteria of individuals diagnosed with autism and individuals with no diagnosis of autism, showing a greater number of unhealthy bacteria in the systems of the individuals with autism.

To date, there is little empirical evidence supporting the hypothesis that unhealthy intestinal bacteria is causally related to the diagnosis of autism, or that FMT is causally related to improvement in autism symptomatology. In 2014, the First International Symposium on the Microbiome in Health and Disease with a Special Focus on Autism (https://www.microbiome-autism.com/). The presentations at this conference were published in the journal Microbial Ecology in Health and Disease (2015; volume 1). These papers discussed the conceptualization of a disease model of autism, the possible role of gut problems in the syndrome, correlational data related to the level of bacteria in individuals with and without autism, and a discussion of future clinical research on this topic. As of this writing, there is no empirical study using acceptable research designs or controls showing any causal link between FMT and alleviation of any challenges exhibited by individuals with autism. There is one case study reported by Aroniadis and Brandt (2013) that involved ‘observations’ of 5 children diagnosed with autism after FMT; however, this was not published.

Currently, there is no research support for the hypothesis that an unhealthy gut causes autism. There is no research support for the hypothesis that FMT results in improvement in autism symptomatology. To date, there is a vast number of medical studies focusing on the level of healthy bacteria in the intestines of individuals who are healthy and individuals who have a number of illnesses, including neuropsychiatric ones. However, those are all correlational in nature, with no empirical proof. Thus, one must be cautious in linking unhealthy intestinal bacteria to autism. It is not yet known whether or not the unhealthy bacteria is the cause of autism, or whether the existence of autism causes the unhealthy bacteria. At this point, we must consider the state of this science as at the ‘descriptive’ and ‘predictive’ levels. What remains to be determined is if there is any causal relationship between gut problems and the onset/improvement of autism.

References to gut problems elicits thoughts of Andrew Wakefield, who was one of the first authors to present this hypothesis of gut-brain connection. Wakefield –and his original theory – has been thoroughly discredited. Acceptance of these current hypotheses must wait for thorough vetting through science before any confidence in the validity of them can be established. Up until that time, fecal matter transplants should not be used as a treatment for autism, since they fall into the category of unproven treatments without empirical research support. The use of proven, empirically-supported treatments still remain the best approach towards solving this complex syndrome.

You may be interested in this article from the Association for Science in Autism Treatment:
Is There Science Behind That?: Fecal Microbial Transplantation

This is the link:
https://asatonline.org/for-parents/becoming-a-savvy-consumer/is-there-science-behind-that-fecal-microbial-transplantation/