Is There Science Behind That?
Relationship Development Intervention 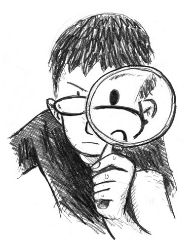 Relationship Development Intervention (RDI) is a treatment for autism developed by Dr. Steven Gutstein from Texas. According to Gutstein, RDI has a focus of increasing social awareness through the use of “dynamic” intelligence. RDI methods are employed by the parents of the children in RDI therapy, since the general goal of the treatment is more natural and complete interactions among family members. Gutstein, calls RDI a “cognitive-developmental” parent training program (Gutstein, 2001). The program attempts to impact “experience sharing” and inflexibility in thinking. He has outlined the types of methods and goals built into RDI, including “dynamic” analysis, flexible problem solving, and resilience. As of September, 2009, there are currently over 200 certified RDI therapists. This number has steadily increased over the past several years, suggesting increasing interest in this treatment.

A search found only one published article that attempted to evaluate the effectiveness of RDI (Gutstein, Burgess, & Montfort, 2007). The purpose of this study was to determine whether children who participated in RDI treatment improved in selected measures related to autism. The authors reviewed the files of 16 children who ranged in ages between 20-96 months, representing various diagnoses of autism (e.g., Asperger, Pervasive Development Disorder – Not Otherwise Specified [PDD-NOS], and Autism). These children had been receiving treatment based on the RDI model for at least 30 months. The authors attempted to measure three variables to assess whether or not the children improved due to the RDI intervention: (1) a subset of 13 items from the Autism Diagnostic Observation Schedule (ADOS; Lord, Rutter, Dilavore, & Risi, 2002) and the Autism Diagnostic Interview-Revised (ADI-R); (2) the results of a “flexibility interview”, developed by Gutstein, et al., in which parents used a self-report Likert scale to rate the degree to which they thought their children exhibited “rigidity” in their behavioral adaptation and thinking; and (3) educational placement of the participants, which involved parents and teachers subjectively reporting the type of school placement in which the children resided (ranging from mainstreaming with no special education services to full-time placement with special education support).

Gutstein and colleagues collected data on these measurements prior to and following the children’s participation in RDI for an average of 18 months. Following treatment, Gutstein, et al. reported: (a) improvement in ADOS diagnosis, (b) improvement in “age appropriate flexibility” to routines, and (c) more children participating in less restrictive, more mainstreamed educational placements. The authors concluded that RDI was a “promising program for remediating critical experience-sharing difficulties…” of children with autism (p. 409). They hypothesized that the RDI treatment was causally related to the positive changes in the children; that is, that RDI appeared to be responsible for the improvement.

Upon careful examination of the design and methodology of the Gutstein, et al. (2007) study, it seems as if there are methodological problems with this study that prevent confidence in the conclusions offered by the authors. For example, the research design used in this study involved one group of participants, with measurements taken prior to and after the RDI intervention. This type of design is a “one group pretest-post-test design” (e.g., Fraenkel & Wallen, 2009; Gay, Mills, & Airasian, 2009) and offers unconvincing evidence that the treatment was the sole reason for changes in the dependent measures (e.g., Fraenkel & Wallen 2009). Thus, there is an assumption that the participants in the Gutstein, et al. study could have improved on the measures due to reasons unrelated to RDI (such as maturation or other, concurrent interventions).

There are two other issues related to the research design that prevents one from concluding that RDI was responsible for improvement in the participants. First, an important criterion for a well-designed study is proof of treatment implementation (i.e., procedural integrity; Gresham, Beebe-Frankenberger, & MacMillan, 1999). Gutstein and colleagues not only failed to provide detailed information about what exactly the RDI treatment protocols were that were employed, but they failed to provide any check on whether or not the treatment providers actually implemented the RDI strategies as Gutstein, et al. intended. Thus, this study fails to meet this particular research quality criterion. A second essential criterion for “believability” of research is that of measurement reliability (e.g, Gay, et al. 2009). Specifically, researchers are required to provide evidence to support the belief that the dependent variables measured in the study were measured reliably. This is often accomplished by having a second independent observer measure the participants at the same time (and then comparing results), or by demonstrating that standardized instruments have predetermined reliability and validity. In the current RDI study, of the four dependent variables, the authors mentioned that inter-rater reliability was obtained (successfully) with one measure (ADOS), and that the ADI-R developers reported satisfactory reliability. However, the other two dependent variables (flexibility and educational placement) had no reliability measurements reported. In addition, since only a subset of items of the ADOS and ADI-R were measured, the validity of these two assessments was compromised, since the initial strong validity of these assessment tools is based on the entire tests, not portions of them.

Due to the weak research methodology used by Gutstein, et al. (2007), the lack of fundamental research methodology, and the existence of only one formal assessment of the effectiveness of this autism treatment, RDI at this time should not be considered to be a treatment that has evidence of effectiveness. There is no existing research base for concluding that RDI has been proven to be effective. Thus, like with other treatments that have no valid effectiveness data, care providers should be carefully consider whether RDI is appropriate to use. Researchers must begin to do well-designed research studies attempting to simply determine if RDI is causally related to any improvement of any measure related to autism. Hopefully such studies will be done to determine if RDI is effective. However, until that time, treatment providers and other caregivers would be advised to consider using other treatments that have a proven record of effectiveness (e.g., applied behavior analysis).

Zane, T. (2010). Is there science behind that?: Relationship development intervention: A review of its effectiveness. Science in Autism Treatment, 7(3), 1-2.