Is There Science Behind That?: Autism and Treatment with Marijuana 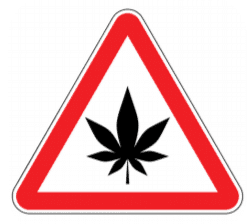 Over the past several years, there has been an increasing number of states that have passed laws making the use of marijuana legal (GCODP, 2011; Hadland, Knight, & Harris, 2015), either for medicinal or recreational purposes. Coinciding with this trend is the growing number of reports suggesting that this drug could be used to treat symptoms of autism spectrum disorder (ASD) and other developmental disabilities (Ellison, 2009; Miles, 2012; Young, 2013). However, there are no controlled studies evaluating the effects of marijuana on ASD. Currently, the federal government assigns marijuana and its related products as a “Schedule I” drug, meaning there is no formal recognition of accepted medical use, and it has a high potential for abuse (American Academy of Neurology, 2017).

Recent surveys show that marijuana is the 2ndmost popular substance used by adolescents, after alcohol (Sacco & Finklea, 2013). A popular belief is that marijuana is relatively harmless. Users of marijuana report euphoria, increased social interactions, increased appetite, increased insensitivity to pain and discomfort, and increased relaxation (e.g., Hadland et al., 2015). Unfortunately, researchers have identified several adverse effects of marijuana use, especially when used by adolescents. For example, adolescents are more susceptible to addiction. In fact, one in six teenagers who use marijuana will become addicted (National Institute on Drug Abuse, 2013). Marijuana also has effects on brain development in anyone under the age of 21 years, and is correlated with a lower IQ, an increased likelihood of dropping out of school, diminished life satisfaction and achievement, and an increased risk for the development of mental illness (Volkow, Baler, Compton, & Weiss, 2014). In addition, Ellison (2009) reported that tetrahydrocannabinol (THC), the active ingredient in cannabis, interferes with memory, concentration, and attention, which are the primary diagnostic indicators of Attention Deficit Hyperactivity Disorder (ADHD).

Composition of Marijuana and the Current Law

Marijuana is derived from the ‘cannabis sativa’ plant that contains more than 60 compounds called cannabinoids (Hadland et al., 2015). The euphoric effect associated with marijuana use is activated by Delta-9-tetrahydrocannabinol (THC), which is considered a major psychoactive substance (American Academy of Neurology, 2017). Other compounds in marijuana do not have a similar psychoactive influence. Marijuana can be smoked, ingested, and ‘vaped,’ similar to e-cigarettes. Hash oil, which is a highly concentrated form of marijuana, contains a very high concentration of cannabinoids, and is illegal at the present time (Mehmedic et al., 2010).

As the federal government has relaxed the laws regarding the legality of marijuana, more states have been allowing it to be used for medical and recreational purposes. Initially, the laws permitted only adults to receive the drug. However, more recently, the United States Food and Drug Administration (FDA) approved synthetic THC-based cannabinoids for use by children as an appetite stimulant while receiving chemotherapy (Hadland, et al., 2015). However, it is important to note that these synthetic versions of the drug do not possess psychoactive properties, and thus are believed to be safer to use.

What is the Conceptual Link Between Marijuana and ASD?

There is some published research suggesting that marijuana can alleviate spasticity and general pain in adults (Koppel et al., 2014), and some doctors are starting to recommend marijuana for children for ailments other than physical ailments (e.g., Tourette syndrome, epilepsy, dystonia, seizures; Hadland et al., 2015). Anecdotal report suggests marijuana may increase sociability, heighten perception, give a sensation of slowing time, decrease aggression, and increase appetite (Hadland et al., 2015). Thus, on the surface, it appears marijuana may be appropriate for several behaviors typically associated with individuals with ASD (e.g., decreased appetite, severe problem behavior including aggression towards other or self, inappropriate social skills, inability to maintain attention; Autism Support Network, 2016). Additionally, proponents of marijuana use argue that marijuana is safer and has fewer side effects than other behavioral management medications. For example, Ritalin, the commonlyprescribed medication for ADHD, is associated with facial tics, stunted growth, depression, and insomnia.

What is the Scientific Evidence of Marijuana Use for Autism?

Currently, only testimonials exist supporting the use of marijuana to treat ASD. For example, there are advocacy groups such as “Mothers for Medical Marijuana Treatment for Autism,” “Mothers Advocating Medical Marijuana for Autism (MAMMA),” and “Pediatric Cannabis Therapy” claiming that marijuana can both reduce the likelihood of serious behavioral episodes and make the individual more social and more receptive to learning. However, these groups do not cite any controlled research to support these claims. Additionally, they report that marijuana improves sleep patterns and allows the individual to be more ‘present’ in their immediate contexts, also without any substantiation from research.

One can find videos on the Internet that suggest a relationship between the use of marijuana and significant improvements in behavior, sociability, and other developmental areas (e.g., https://www.youtube.com/watch?v=ISJ0fsCacMA). A review of Internet searches will return hundreds of stories and testimonials supporting the hypothesis that the marijuana was the reason for improvements in individuals with autism. However, the fact of the matter is that there is simply no scientific evidence that this drug is causally related to any improvements in developmental, behavioral, or academic measures (Hadland, et al., 2015). That is, there are no controlled studies using sound and acceptable research designs assessing the impact of marijuana on any aspect of autism symptomology. Thus, it is clear that at this time, that marijuana has not been demonstrated as an effective treatment for autism.

What are the Risks Associated With the Use of Marijuana to Treat ASD?

More disturbing than the lack of evidence to support the use of marijuana to treat ASD are the major concerns regarding whether or not marijuana can be considered safe at all. The case against using this drug is quite compelling. Many medical reports describe in detail the known harm of cannabis and the possible physical and psychological harm that it could cause (Hartman & Huestis, 2013; Hatchard, Fried, Hogan, Cameron, & Smith, 2014; Hill, 2014; Joffe & Yancy, 2004; Kashyap, 2016; Liu, 2016). There is such enormous concern about both the lack of research supporting its positive influence for ASD, developmental disabilities, and other pediatric behavioral disorders, and the potential for psychological and physical harm, that a number of professional organizations have published position statements asserting that marijuana should be considered a public health concern, and recommending that further legalization of the drug be delayed until further research is conducted (e.g., American Academy of Neurology, 2017; American Academy of Pediatrics, 2015; American Medical Association, 2009; American Society of Addictive Medicine, 2014; American Academy of Child and Adolescent Psychiatry, 2017). For example, the American Academy of Neurology, in its 2017 position statement on the use of medical marijuana for neurologic disorders, clearly states that there are no welldone, formal research studies that support the use of marijuana and its derivatives for improving various neurologic conditions.

In addition, there are documented potential side effects, including dizziness, suicidal ideation, the sensation of intoxication, hallucinations, and mood changes, (some potentially irreversible; Hall & Degenhardt, 2009). Also, chronic use of marijuana outside the realm of medical necessity has also been associated with memory and verbal learning losses (Zajicek, et al., 2003), and disruption of concentration and executive functioning difficulties (American Academy of Neurology, 2017). Finally, the interaction between prescription drugs and marijuana has not been adequately investigated and could pose a risk.

What Is the Bottom Line?

Currently, there is no evidence to support the use of marijuana as a treatment for ASD. This, in conjunction with the possible negative side effects, strongly suggests we should not use marijuana for treatment of ASD, at least until the medical community first understands its safety. However, even if proven safe, then professionals will need to do well-controlled, high-quality research studies using marijuana as a treatment for ASD. These studies should evaluate the effects of marijuana on clearly defined and carefully measured behaviors to determine any positive and causal impact. Until that time, it is clear that the use of marijuana and other related cannabis products are contraindicated for treatment of ASD. Because there is no scientific evidence that marijuana may benefit individuals with ASD, parents and caregivers of children with ASD should strongly consider the adverse side effects that may occur when marijuana is used as a treatment.

American Medical Association. (2014). Report 3 of the Council for Science and Public Health: Use of cannabis for medical purposes. Retrieved October 11, 2017 at https://www.ama-assn.org/sites/default/files/media-browser/public/about-ama/councils/Council%20Reports/council-on-science-publichealth/i09-csaph-medical-marijuana.pdf.