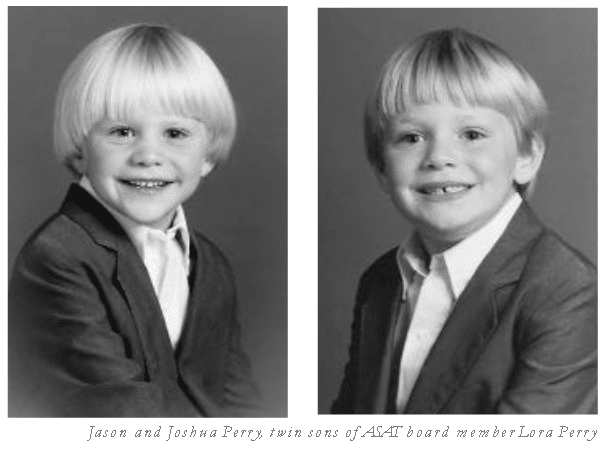 The Importance of Informed Treatment Decisions
““Your child has autism.” With those words, a parent’s world comes crashing down. What to do? Choosing a treatment is one of the most important decisions the parents of a person with autism will ever have to make. How do parents find truly effective treatment for their child? In an ideal world, the person who dropped the autism diagnosis on a family would provide the answer. But the unfortunate fact is that many who make this diagnosis are not well informed about the wide array of autism treatments, and the degree to which these treatments have proven effective (or not). So until the day comes when parents can count on data based professional guidance, they will need to become very discerning about the various treatments, therapies, and programs that are claimed to be effective for autism. The same applies to those who are concerned with helping families get effective services. There is a need to do a lot of homework, and to do it quickly. Why the urgency? Because the stakes are high, and every moment is precious.

Children and adults with autism can learn, and there are effective methods for helping them develop useful skills and lead happy, productive lives. At the same time, research has shown that many currently available interventions for autism are ineffective, even harmful, while others have simply not been tested adequately. Every moment spent on one of those therapies instead of effective intervention is a moment lost forever. Besides, common sense suggests that it is wise for parents and professionals alike to invest in interventions that can be reasonably calculated to produce lasting, meaningful benefits for people with autism—that is, interventions that have withstood scientific testing.

As parents and professionals seek information about autism treatments, they discover a long and perplexing list of “options,” many of them promoted by sincere, well-meaning, persuasive people. Everyone claims that their favorite treatment works, and parents and practitioners are often encouraged to try a little bit of everything. This can be very appealing to people who are seeking anything that might help. How does one choose wisely? To quote the late Carl Sagan, “The issue comes down to the quality of the evidence.” So the first step is to find out exactly what evidence is available to support claims about autism treatments. But all evidence is not created equal. How does one sort pure hype from solid proof, wishful thinking from rigorous testing?

Science, Pseudoscience, and Antiscience
Approaches to answering fundamental questions about how the world works can be grouped into three broad categories: science, pseudoscience, and antiscience. Science uses specific, time-honored tools to put hunches or hypotheses to logical and empirical tests. Some of those tools include operational definitions of the phenomena of interest; direct, accurate, reliable, and objective measurement; controlled experiments; reliance on objective data for drawing conclusions and making predictions; and independent verification of effects.

In contrast, pseudoscience tries to lend credibility to beliefs, speculations, and untested assumptions by making them appear scientific — for example, by using scientific jargon, endorsements from individuals with “scientific” credentials, perhaps even some numbers or graphs. But instead of objective measurements from well-controlled experiments, pseudoscientists offer testimonials, anecdotes, and unverified personal reports to back up their claims. Antiscience is the outright rejection of the time-tested methods of science as a means of producing valid and useful knowledge. The extreme antiscientific view is that there are no objective facts; all knowledge is made up of personal interpretations of phenomena.

Pseudoscientific and antiscientific treatments and approaches for various conditions, including autism, abound. They are promoted enthusiastically, not in peer-reviewed scientific journals, but in materials published by their promoters, such as newsletters, videotapes, books, advertisements, and the Internet. These treatments have several distinguishing features (see side-bar). Some may seem benign at first glance, but that can be misleading. Over the years, many such treatments have proven to have very harmful physical and emotional side effects. They also exact a great societal toll by diverting precious resources from effective treatments and sound research, raising false hopes, and perpetuating illusions (for some examples, see the books Controversial Therapies for Autism and Intellectual Disabilities and Crazy Therapies, listed below).

Smart Questions
Parents and professionals can protect people with autism from the harms of bogus and ineffective treatments by exercising healthy skepticism, and asking several questions of everyone who claims to have an effective intervention for autism: What is the intervention, precisely? Exactly what is it supposed to do? Have its effects been tested in controlled experiments using direct, objective measures? If so, were those studies published in peer- reviewed scientific journals? What did studies show about positive effects and negative side effects? Did the effects carry over beyond the immediate treatment setting? Is there another scientifically validated treatment that is similarly effective but has fewer negative side effects? Who will administer this treatment, and how can I be sure they are qualified to do so? How will its effects on this individual be evaluated, and by whom? What will happen if we do nothing? Listen to the answers, but don’t take them at face value. Seek out published research on the treatment, and, if necessary, someone with expertise in scientific research methodology to help you evaluate it. Also take note when no answers—and no solid supporting studies — are provided. What is not known or said matters, too.

When families seek treatment for a child diagnosed with cancer or diabetes, they aren’t simply given a long list of interventions that someone somewhere believes to be effective, and told to choose from that list on their own; they can usually expect to be informed about treatments that are based on sound scientific research. Why settle for anything less when the diagnosis is autism?