Sensory Diets: Is There Science Behind That? 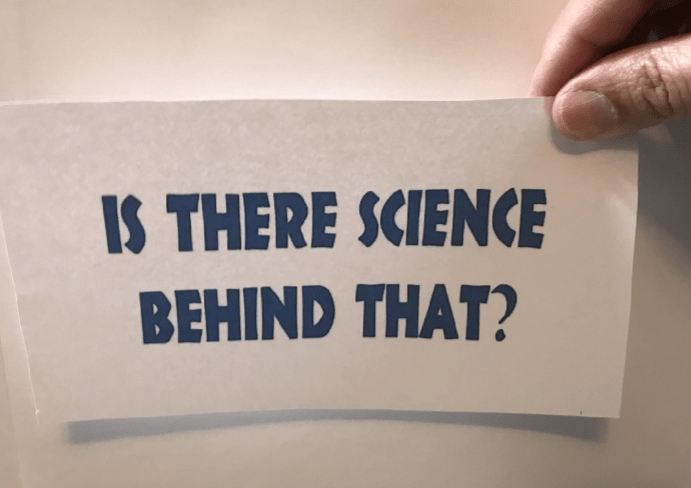 As the prevalence of autism spectrum disorder (ASD) continues to increase, individuals and families continue to require evidence-based interventions that effectively promote adaptive behavior and decrease maladaptive behavior. Unfortunately, some interventions that have not been empirically proven gain popularity and become common practice. This seems to be the case with sensory-based interventions such as sensory diets, which continue to lack empirical support but are popular for individuals with ASD (Barton et al., 2015; Case-Smith & Arbesman, 2014).

What is the historical link between ASD and Sensory Diets?

Like the developers of SI and sensory processing theories, Wilbarger based sensory diet interventions on the assumption that individuals (with or without ASD) need certain types of sensorimotor experiences (i.e., passive [e.g., weighted vest, massage], active [e.g., jumping, climbing]) to stay alert, stay organized, and to successfully participate in many aspects of life. Wilbarger further proposed that sensory diets can provide controlled sensory input or utilize already existing sensory input for an individual to maintain a “regulated behavioral state” (i.e., exhibit adaptive behaviors). Timing, intensity, duration, and type of sensory stimuli are the key elements of sensory diets and are determined on an individual basis (Wilbarger & Wilbarger, 2002). Specifically, a sensory therapist will provide the individual with a schedule of sensory-based activities (e.g., brushing, joint compression, climbing, weighted vest) to be implemented across all environments (e.g., home, school) throughout the day, aimed to fulfill that individual’s sensory needs (Baranek, 2002). It should be noted that these experiences can require considerable time cumulatively over the course of the week. As sensory diets, sensory integration theory, and sensory processing theory focus on increasing adaptive behavior and functional skills by receiving various types of sensory input, these approaches are most frequently used by occupational therapists as part of an intervention package (Schaaf & Miller, 2005).

Is there any research to support Sensory Diets?

Although sensory diets are commonly used with individuals with ASD, research specifically on sensory diets is sparse. One case study conducted by Stagnitti et al. in 1999 used a sensory diet intervention for a 5-year-old boy diagnosed with Asperger’s syndrome and sensory defensiveness. Following several direct and indirect assessments (i.e., Miller assessment for preschoolers [Miller, 1988], a sensory checklist [e.g., Schoen, Miller, & Sullivan, 2014], parent interview, observations), a “sensory summation technique” or sensory diet was recommended by an occupational therapist. The sensory diet consisted of a combination of brushing the participant’s arms, back, and legs with a soft scrub brush, performing ten joint compressions to the arms and legs, providing sensory input to the fingers and toes, rubbing with a towel following bathing, and placing soft textures on the bed. Initially, the brushing, joint compressions, and sensory input were to be provided at two-hour intervals during the day for two weeks; however, due to schedule demands, the family implemented the diet three times a day for the first week and four to five times a day the second week. Anecdotal reports from the parents indicated that the participant’s maladaptive behavior improved, he began participating in groups, and was no longer sensory defensive. However, data continued to be collected over the next two months, and over that time span, the participant once again began displaying the maladaptive behavior. The researchers indicated that it was the end of the school term, and they believed “fatigue” was the reason for the resurgence. However, the following school term, five months after the initial assessment, the participant’s maladaptive behavior maintained despite continuing the sensory diet. Further analysis of the results suggests several limitations to the study. First, the sensory diet was not implemented as originally recommended due to the family schedule. Second, no systematic data were collected. Results were based on anecdotal reports by parents. Lastly, there were several confounding interventions introduced with the sensory diet after the initial implementation, which may have been responsible for the decrease in maladaptive behavior and an increase in adaptive behavior.

Although there is not a breadth of research specifically on sensory diets, there is a small amount of research focused on SI interventions. Because sensory diets are derived from SI principles, it is worth briefly examining the literature surrounding this theory and intervention. There have been several systematic reviews and meta-analyses conducted in an attempt to demonstrate the effectiveness of SI interventions (e.g., Baranek, 2002; Case-Smith & Arbesman, 2008; Case-Smith et al., 2014; Hoehn & Baumeister, 1994; May-Benson & Koomar, 2010; Ottenbacher, 1982b; Polatajko et al., 1992; Vargas & Camilli, 1999); however, results have varied considerably.

Major organizations have made public declarations against sensory diets and sensory procedures. The American Academy of Pediatrics (2012) concluded that not only should a sensory processing disorder not be diagnosed, but that there was limited evidence of effectiveness and that parents and other care providers be apprised of this. The National Clearinghouse on Autism Evidence and Practice (Steinbrenner et al., 2020) recently published their updated (from 2011) review of autism treatments and levels of evidence. It indicated that there has been no empirical study published on the effectiveness of sensory diets since 2011, but that there have been publications suggesting it is not evidenced-based, and so recommends caution when considering the diet.

Due to the overall limited literature showing the effectiveness of SI and specifically sensory diets, one must consider whether future research is necessary. This approach has been studied extensively (eight meta-analyses) with equivocal results. It seems very unlikely that future research will find a causal connection between SI procedures and positive client outcomes. If future research is done, more information is needed regarding sensory diets and sensory integration intervention effects, the factors influencing these effects, the maintenance of these effects, and the effectiveness of the interventions compared to others (i.e., instead of comparing to no intervention). Specifically, comparisons to other interventions should be conducted using methods and research designs that have been validated and demonstrate experimental (i.e., single case designs [e.g., reversal design, alternating treatments design]).

What is the bottom line?

Simply put, there have not been a sufficient amount of empirical studies conducted showing effectiveness for consumers and service providers to conclude that SI procedures are effective. The evidence that exists, at best, is mixed, mostly showing ineffectiveness. As scientists and practitioners, we have an ethical responsibility to use evidence-based interventions. Until an empirical consensus is reached regarding the effectiveness of sensory diets and SI interventions, they should not be used.

You may be interested in this article from the Association for Science in Autism Treatment:
Sensory Diets: Is There Science Behind That?

This is the link:
https://asatonline.org/for-parents/becoming-a-savvy-consumer/is-there-science-behind-that-sensory-diets/