Reviewed by Tristram Smith, PhD
ASAT Board of Directors

Cognitive remediation has been shown to be effective in treating neuropsychiatric conditions such as schizophrenia, attention deficit hyperactivity disorder, and traumatic brain injury. This approach may also be useful for individuals diagnosed with autism spectrum disorder (ASD) because these individuals have lifelong cognitive deficits, particularly in processing complex social and non-social information. The current study is the first controlled evaluation of the efficacy of cognitive remediation in individuals with ASD. It focuses on adults, who have been studied much less often than young children with ASD. 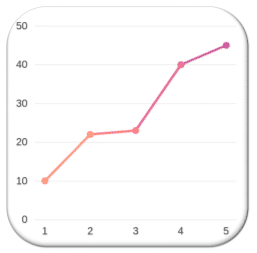 Participants were 54 adults aged 16-45 years old, with an ASD diagnosis confirmed by the Autism Diagnostic Observation Schedule-Second Edition or the Autism Diagnostic Interview-Revised, and with significant social and cognitive deficits as assessed by the Cognitive Styles and Social Cognition Eligibility Interview. The participants were randomly assigned to receive 18 months of either Cognitive Enhancement Training (CET), a cognitive remediation approach that integrates computer-based neurocognitive training with group-based training in social cognition, or Enhanced Supportive Therapy (EST), which focused on psycho-education and condition management. The participants were assessed every 9 months by trained interviewers and testers who were blind to the treatment assignment. Outcome measures included assessments of neurocognitive ability (e.g., processing speed and attention), social cognition (e.g., understanding emotion), and amount of competitive employment. Analyses of outcome were based on data from all 54 participants.

The researchers found that the CET group improved over time on all outcome measures. Also, neurocognitive ability and competitive employment improved significantly more for participants in CET than for participants in EST. However, social cognition improved more for the EST group than for the CET group at the 9-month assessment, though this difference was no longer significant at the 18-month (end of treatment) assessment.

What are the strengths and limitations of this study?

The study was one of the first to evaluate an intervention for adults with ASD and to focus on an approach that has been successful with other neuropsychiatric conditions (cognitive remediation). Participants were randomly assigned to the CET and EST groups. Independent testers who were blind to group assignment found that CET improved neurocognition in the adult participants diagnosed with ASD. Outcome measures included assessments of functional improvement, particularly employment, which increased significantly more in the CET group than in the EST group, indicating that CET produced broad gains.

The authors indicate that results should be interpreted in light of the small sample size, which was restricted to young adults, limiting generalizability to older adults. The only aspect of social cognition that was measured was emotion processing, preventing conclusions about the effect of CET on other social cognition outcomes. Another limitation is that the study did not examine how improvements in cognition led to higher rates of employment; other variables likely contributed to increased employment.

Cognitive remediation shows promise for improving cognitive impairments in adults diagnosed with ASD. CET was effective for enhancing neurocognitive function, especially in the areas of attention and processing speed. This improvement has the potential to increase quality of life in adults living with ASD.

Adolescents and Adults with Autism