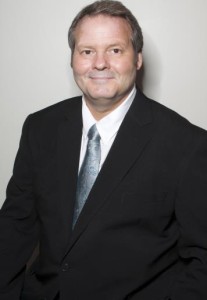 Q: What got you into the field of autism treatment, and specifically behavior analysis?

A: When I was in high school in the mid 1970’s, my brother Mark Sundberg loaned me one of his textbooks to read. It was Elementary Principles of Behavior by Whaley and Malott. I read that text and was hooked. The next several years Mark turned me on to Skinner’s analysis of verbal behavior; I was convinced I wanted to go to Western Michigan University (WMU) and study under all of those big name behavior analysts, especially Jack Michael.

As a graduate student at WMU in the 1980’s, I became interested in all of the research that was conducted at the WMU practicum site during the 70’s. Jack Michael, my brother Mark Sundberg and a large group of students were using Skinner’s analysis of verbal behavior and creating a model for language assessment and treatment for those who were developmentally disabled and language delayed. I found that fascinating and hung around WMU as long as I could so that I could learn as much as I could from Jack Michael and the other professors at WMU.

I did not really plan on making a career in the autism field. Autism was not the big buzzword back then. I wanted to be a researcher and college professor. It wasn’t until the mid 1990’s when the work of Lovaas was becoming widely known and the autism rates started rising, that I began to start taking clinical cases. I started out consulting for parents who were running home ABA programs.

Q: How did BACA begin, and what’s your vision for it in the future?

A: For several years I traveled around the country consulting for parents and school districts. I always felt that there was something missing with this model. I always felt bad about leaving a case and saying “I will see you in a month.” Much more work was needed. I felt that services and supervision needed to be more intense.

In 2002, an Indianapolis businessman who had a daughter with autism contacted me. He was starting up a center for autism based on the principles and procedures of ABA. He had asked me if I would be the Senior Behavior Analyst for this center. I took that job and moved to Indianapolis. For the next 7 years I worked for various centers in Indianapolis while I continued to consult for families and school districts.

By 2009 I knew it was time for me to open my own center so I could have complete control over the operations. My wife, Devon, and I opened the Behavior Analysis Center for Autism.

Our vision was and continues to be to provide high quality, intensive ABA with an emphasis on Skinner’s analysis of verbal behavior to kids of all ages who have autism. I wanted to try to replicate (the best I could) the atmosphere that I was part of at Western Michigan University. That is, I wanted to create a top notch community of behavior analysts.

Over the past two years, I started contacting some of the top specialists in our field to help build our team. If we were going to serve students of all ages and ranges of severity, we needed some specialists. At this time, our team of consultants consists of: Pat McGreevy, Barb Esch, John Esch, Mark Sundberg, Peter Gerhardt, Bob Ryan, and Kent Johnson. We have also started a research department that is headed up by Genae Hall. Genae was one of the original verbal behavior researchers at WMU in the 1970’s.

Q: How did you find out about ASAT, and what made you want to support ASAT?

A: I first came across ASAT while reading the book Sense and Nonsense in the Behavioral Treatment of Autism: It Has to Be Said (Leaf, McEachin, & Taubman, 2008). I was very excited to find this resource and started directing everyone I came in contact with to the ASAT website. Information on the website is critical, and needs to be said. However, as a provider I may come across as biased when relaying this information to my clients. If you are looking to buy a car and the dealer tells you to avoid the dealership across the street, it is a lemon factory; you would take that with a grain of salt. For years I have been looking for some well-organized, easy to access information that can be disseminated to the consumer. It is unfortunate that in many cases someone like Jenny McCarthy can influence parents of children with autism more so than behavioral scientists.

Q: Has ASAT been helpful to you and BACA in your treatment of autism?

A: Yes, it has. The newsletters, links, and articles are great resources. Every time I am confronted with a medical strategy, I go to the ASAT website to research. I also refer to the website every time I am told that I am misinformed and out of touch with current effective autism treatments (which I am often told). It feels good to always find good solid data to back me up (or should I say data regarding lack of data?).

Q: Why do you think pseudoscientific treatment flourishes in autism?

A: Pseudoscientific treatment can be appealing to parents. Since there is little or no solid data to back many treatments, there seems to be no restriction to the claims. Parents are desperate, and if someone says a treatment that is easy to do works, why not try it? If it is costly and somewhat time consuming then it is easier to convince yourself that it was effective. This is especially the case if it is combined with a truly effective treatment. There seems to be a tendency to think that the more options one has the better the outcome will be. A little of this, a little of that has to be better, right? Testimonials are powerful and appealing; they appear to be so positive. “Take this pill and all will be better”; “Let me tell you what it did for my child.” Science is confusing, hard to follow, and by comparison, perhaps less optimistic.

Q: Have you had any consumers that were also undertaking treatment for autism that had no or weak scientific basis? What (if anything) did you do?

A: I would venture to guess that at least one half of the hundreds of children I have worked with have also been receiving alternative treatments where there was not solid evidence to back the effectiveness of the treatment. Typically, I do not take an extreme stance. I fear that the consumer will do what he or she wants and may decide to discontinue behavioral services. People know where I stand and it is almost like an “agree to disagree” model. I will always discourage starting treatments that do not have solid evidence. The extent of my efforts depends upon the nature of treatment. For example, I say little about the GFC diet anymore because it is simply too prevalent. It is also harder to argue because there are certainly cases where someone is allergic to wheat and dairy products. I just simply can’t believe that all children with autism have a problem processing wheat and dairy and therefore need to be on this diet. That logic, however, seems to be the thought process by many. I will take a stronger stance against a treatment such as chelation and sensory integration, and a stronger one yet for an obvious bogus treatment such as Facilitated Communication (albeit, there are some real cases where a person does have the cognitive ability but lacks the muscle control).

Q: What suggestions do you offer parents on finding a high quality treatment provider?

A: I have always suggested to parents that much research is needed to choose not only the treatment (e.g., ABA), but the specific provider as well. Not all are created equal. In order to do this, one needs to research ABA somewhat. A good start is to look at the guidelines provided by the BACB. It is important to look at the credentials and experience of the provider. There should be someone on staff who spends time with your child who has the analytical skills to develop and oversee the program for your child. This person should have an advanced degree in behavior analysis from an accredited university, in addition to many years of experience. Ask questions regarding staff training, supervision hours and ratio of supervisors to line staff. Make sure they correspond to the BACB guidelines. It is also important to check references. Sometimes providers can look good on paper. It is easy these days to create an appealing web site. You should spend more time researching your provider than you do researching a new car or a house to purchase.

Thank you for a great interview and for your support of ASAT!