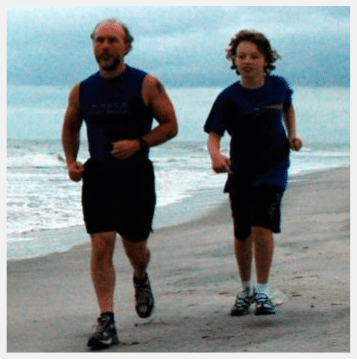 Q: You were president of ASAT’s Board of Directors back in 2006! How did you hear about ASAT and what motivated you to get involved?

A: I first heard about ASAT via a posted flyer at the annual ABAI (Association for Behavior Analysis: International) conference. I saw the mission and knew that it was one that had to be supported. It was an honor to serve as President.

Q: How has ASAT changed since then?

A: The webpage has taken on a much more professional look, in my opinion, and the amount of helpful information has skyrocketed. The outreach to our community has had a wider range than before.

Q: How did you first get involved with autism?

A: I began via some internship and volunteer work while I was an undergraduate and then as a graduate student at Queens College of the City University of New York. I was splitting my time between work with individuals with developmental disabilities and crime victims/crime prevention work. Eventually, I specialized, although I maintain ties and occasional work within law enforcement in regards to developmental disabilities.

Q: What do you do now as an autism professional?

Q: Why do you think there is such a proliferation of pseudoscience in autism treatment?

A: I think the field of honor has changed dramatically. Discussions of treatments used to take place, by and large, in professional journals and books and meetings where there were accepted rules of evidence and codes of honorable conduct. Now, with the availability of the internet and private seminars/webinars, all bets are off. In many quarters, all sense of sportsmanship and honor have been lost, and personal attacks and case studies, often by people with something to sell, have become as common as (if not more so than) presentations of careful research. In our culture, we are often taught to pay attention to case study stories; they can be more convincing than actual data.

Unfortunately, those treatments that have proven effective, like ABA, are often also the most labor-intensive and expensive (in the short term). It is difficult to compete with good salespersonship, when you are offering a treatment that is more expensive (temporarily) and labor-intensive. It is very tempting to go for a quicker, cheaper and less labor-intensive cure, particularly when there are carefully crafted, convincing case studies and emotional testimonials to support that decision. I’ll be extremely honest— in many ways, ABA has failed to do its own public relations effectively, resulting in a failure for those who truly need it to get treatment. My advice to parents would be to trust careful research. If there truly was a miracle cure, wouldn’t we all know about it and wouldn’t the numbers of people diagnosed with autism be dropping dramatically? As my dad, Leo Newman, used to say, “If it seems too good to be true, it almost certainly isn’t true.”

Q: What’s a typical day in the work-life of Bobby Newman? 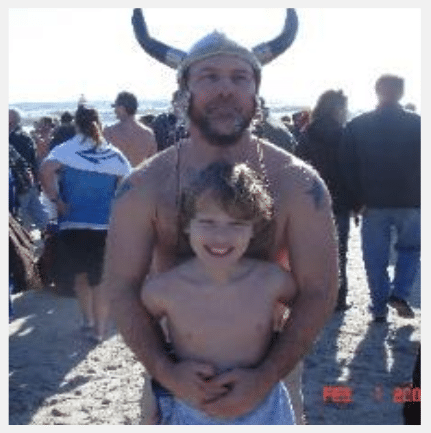 A: That depends on where I am and on what day. The past year, it has included consultation regarding individuals with autism and law enforcement issues in Japan; consultation, staff training, and seminars in various parts of the United States, Australia, and Northern Ireland, in addition to my New York based programs that I work with in a more “every day” capacity. I also teach nonviolent crisis intervention philosophy and techniques for families and programs serving people with developmental disabilities. Some days are fairly ordinary in providing staff training, consultation, direct service regarding individual programs, and behavior management procedures. Other days I have no idea what I’m walking into until I’m there.

Q: You’re running in the New York City Marathon on Team ASAT – is this your first marathon?

Q: What made you start marathoning?

A: My father (who was my best friend) was a marathon runner when I was a child in the 1970’s. I used to go to the 26 mile mark to watch him finish the NYC marathon. I never thought I would do one myself, though, and actually used to make good-natured fun of people who would run that far for no reason. I was always very active, biking century rides (100 miles) and competing in wrestling and drug-free bodybuilding, but had never run more than 10 miles (for wrestling practice and conditioning). Four years ago, while preparing for a fundraiser 100 mile ride for The ELIJA School for children with autism, I had a nasty bicycling accident where I was clotheslined by a downed wire while riding. I suffered a concussion and shoulder injury. The shoulder injury prevents me from biking more than a couple of hours at a time, so I needed something else. Two years ago, my wife, Dana, became sick with breast cancer (she’s now completely healthy). I was invited by my good friend and colleague, speech therapist Melissa Slobin, to run some fundraisers for breast cancer with her. Carolyn Ryan joined us, and I began training so I wouldn’t embarrass myself on those runs. I found I liked being back in condition and decided to go all the way up to the marathon to share a belated experience with my dad and let my wonderful son, David, see me come across the finish line the way I watched my dad.

Q: Do you have any specific goals for the NY marathon?

A: I’m not a speedy guy. I have a special shirt that I wear for the marathons that www.spectrumdesigns.org made for me. It’s a joke about my short stature and lack of speed. The shirt features a large printed quote of Gimli from the Lord of the Rings movies: “We dwarves are natural sprinters, very dangerous over the short distances.” I would love to crack four hours for the marathon one day, but four hours and twelve minutes is my current PR (personal record). This year, though, in addition to Melissa, Team ASAT will have veteran marathoner Jonathon Brunot, and first timers Helen Bloomer, Vanetta LaRosa, and Nicole Mammina. My goal is to finish in a reasonable time and to help those who are doing their first marathon to get the most out of the experience possible. It goes without saying, of course, that a primary goal is to raise as much money as possible to support ASAT’s programs.

Q: Your company has been sponsoring us since the beginning. If other companies were looking to sponsor, what would be reasons they should?

A: There is so much misinformation out there, and parents and others need to have a means of sifting through the hype, exaggerated claims, and occasional outright falsehood, to get to solid information. ASAT is the solution. I find myself directing people to www.ASATonline.org several times a week.