As many of our readers are aware pseudo-scientific treatments are not exclusive to autism. We had the opportunity to interview Dr. Stephen Barrett, M.D., a staunch advocate for science and a formidable opponent of quackery. Given Dr. Barrett’s longstanding efforts in these areas, it seemed fitting that he would be the first to be interviewed in the debut of Science in Autism Treatment

Q: Please tell us about your early experiences challenging medical quackery? How were your views perceived by your colleagues at that time? 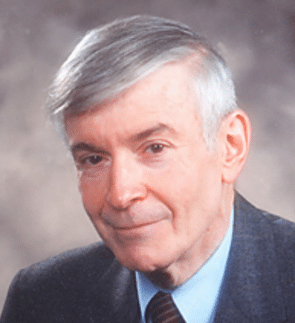 A: In the late 1960s, I began a broad-based, local group that included health professionals and laypersons who met regularly to discuss problems related to health fraud and quackery. Our initial focus was on misleading chiropractic advertising and anti-fluoridation scare tactics. Publicity about our activities eventually led to the formation of several similar groups and a national organization emerged from those efforts. Our work has always been appreciated by science-based professionals and their organizations.

Q: That sounds like a very local, grass roots beginning. What led up to the creation of Quackwatch.org?


A: I began writing about my findings in the early 1970s and eventually developed a sideline career as a medical editor and investigative journalist. Over a 20-year period, I gradually increased my journalistic activities and decreased my psychiatric work until I completely retired from psychiatry in 1993. In 1996, after completing three major books, I started a Web site to make some of my findings more available. As the Internet developed, my enthusiasm multiplied because investigations that used to take months could often be completed in a few days or even a few hours. In addition, I receive a steady stream of e-mail messages that ask questions and report questionable activities.


A: The Quackwatch network has more than 4,500 pages. Our home pages alone receive more than 1 million hits per year, and our e-mail newsletter has nearly 11,700 subscribers. Search engines rank our articles very high, probably because thousands of other sites link to us.Many people thank us for steering them away from scams and schemes. We also get lots of hate mail from people whose cherished beliefs we criticize.

Q: Aside from the significant impact of your website, what do you consider among your greatest successes in countering pseudoscience?


A: My college textbook, Consumer Health: A Guide to Intelligent Decisions, now in its 8th edition, has helped educate many teachers of health education.

Q: It is wonderful to hear that your textbook has been revised and improved upon so many times. It speaks to the forever evolving nature of science and how it informs best practices. As you know, the field of autism is fraught with medical and non-medical treatments that lack any scientific basis. Is the degree unique to autism or fairly rampant across other disorders?


A: There are quack approaches for preventing and treating virtually everything. I don’t know of any published comparative statistics. However, it is clear that the percentage of families with a child with autism who have been significantly victimized is very high and that many of them are involved in legal and political actions that are very costly to our society. In fact, the volume of inquiries about autism-related quackery led to the creation of www.autism-watch.org in 2004.

During the past few years, anti-vaccine activists have been causing trouble not only for families of children with autism but for parents in general. Much of the problem is fueled and facilitated by a small network of misguided physicians, without whose participation the worst sorts of exploitation—such as chelation therapy—would not be prevalent.

The most effective vaccine opponent is actress Jenny McCarthy. Her ideas that vaccinations cause autism and that children get too many too soon are dead wrong. She’s dangerous because she does not come across as an extremist. She understands almost nothing about medical science. But with continual promotion by Oprah Winfrey and Larry King, she has managed to reach young parents on an emotional level by talking about her personal experiences. Newsweek recently published a cover story criticizing Oprah for providing a forum for bad health advice.

Q: It is unfortunate that you and others have had to work so hard to debunk quackery when the onus should be on treatment proponents to provide legitimate data to substantiate their claims. What lessons should advocates of scientifically validated treatments of autism learn from the resilience of pseudo-scientific treatments?


A: There are several lessons to be learned: 1) Quacks never sleep; 2) Most people do not see quackery as a serious threat; 3) Most professionals are too busy (or too nervous about being attacked) to get involved; and 4) Unfortunately, the Internet makes it possible for anyone to publicize misinformation.

Q: Very succinct and very true. As we have seen with facilitated communication, proponents of pseudoscience never go away as well. What do you see as the most serious issue to combat in autism currently?

A: Chelation therapy for nonexistent “heavy metal toxicity.” It’s expensive, carries some physical and psychological risk, and encourages false beliefs that vaccinations are dangerous. In fact, I have created http://chelationwatch.org/ to warn the public about chelation therapy.

Q: Aside from helping consumers be as knowledgeable and aware of research and the distinction between science and pseudoscience, what can be done to weaken the influence of pseudoscience in autism?

A: One is to develop well-written articles about each of the treatment modalities offered. Some individuals and groups have addressed some topics, but more need to be covered.

The second is to seek out frequent and extensive media exposure showcasing science-based treatment. We also need to discourage talk-show hosts (most notably Oprah Winfrey and Larry King) from providing a platform for anti-vaccination scare tactics.

The third is to mobilize people who have been victimized to strike back. Thousands of parents have been tricked into believing that their child with autism is suffering from heavy metal toxicity and needs to be chelated. The main device used to do this a provoked urine test for heavy metals. The article at http://www.quackwatch.org/t explains why provoked testing is a fraud. Parents who understand this should complain to the licensing boards about the doctors who use such tests.

Dr. Barrett, we appreciate this opportunity to talk with you about these important matters. You have been a persistent voice for science and your impact has been significant. Your efforts have had an incredible influence on not only the autism community, but by those impacted with any disorder who have been distracted and misguided by pseudoscience.

Stephen Barrett, MD, a retired psychiatrist who resides near Chapel Hill, North Carolina, has achieved national renown as an author, editor, and consumer advocate. An expert in medical communications, Dr. Barrett operates Quackwatch, Autism Watch, and 21 other Web sites and edits Consumer Health Digest (a free weekly electronic newsletter). He has written more than 2,000 articles and delivered more than 300 talks at colleges, universities, medical schools, and professional meetings. His 50 books include The Health Robbers: A Close Look at Quackery in America and seven editions of the college textbook Consumer Health: A Guide to Intelligent Decisions. He is listed in Marquis Who’s Who in America and received the 2001 Distinguished Service to Health Education Award from the American Association for Health Education. His media appearances include Dateline, the Today Show, Good Morning America, ABC Prime Time, Donahue, CNN, National Public Radio, and more than 200 radio and television talk show interviews.

You may be interested in this article from the Association for Science in Autism Treatment:
Interview with Dr. Stephen Barrett, Quackwatch Founder

This is the link:
https://asatonline.org/research-treatment/interviews/interview-with-dr-stephen-barrett-quackwatch-founder/