Standing Up for Science on Parent Social Media

By Tara Palamarik (mother of a 21-year-old son with autism) and Aleta Murphy (sibling and graduate student, Icahn School of Medicine at Mount Sinai) 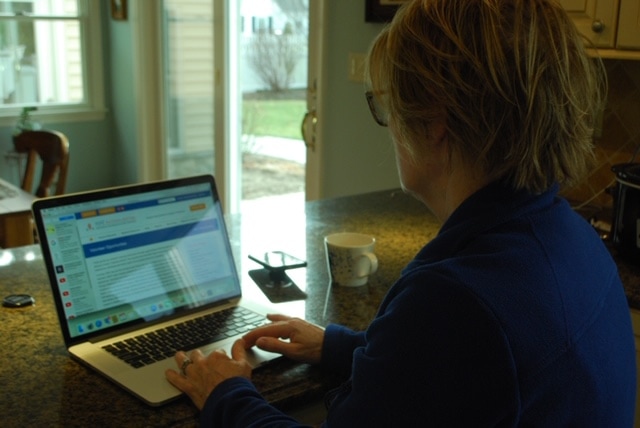 Today, social media is in many ways a lifesaver for families – we have become each other’s experts. Family members can ask questions about everyday struggles at any time of day or night. We can find recommendations for recreation, tips for daily living, or local resources. We can brag about the tiniest accomplishment and other parents will cheer. We can confess our frustration or sadness, and others will prop us up.

In my early years of navigating the spectrum, information was scarce, often in the form of thick paper files or classes that were difficult to attend without childcare. As access to information increased online, I assumed it was all reliable. Data and instruction flowed from professional organizations and advocacy groups down to consumers. Caregivers were able to reach out to each other directly through email, listservs, Yahoo groups, or bulletin boards. This helped us learn the useful, mundane things you might not ask a doctor or teacher, such as where to buy a gluten-free cake or larger-size pull-ups. We were able to circulate advice, with templates for requesting evaluations, additional speech or OT services, or in-home ABA therapy. Through each other, we learned about the proliferation of purported autism causes and treatments. Eventually families with similar interests were able to interact more freely on social media platforms, such as Facebook groups. We have come full circle from the despair of having no answers to the confusion of having too much information.

Now we are connected to each other 24/7, with overwhelming amounts of information, literally at our fingertips. The ease of replying or commenting on public social media posts can be very helpful. Unfortunately, it can also make one careless. Members of parent groups may post responses that could be misleading or simply incorrect. But we are bound by a sense of duty to respect each other as parents above all else. Many groups require confidentiality; members are prohibited from sharing anyone else’s posts. In order to avoid vitriol and harsh opinions, several groups that I belong to actually ban users from any discussion of vaccines. If someone brings up a questionable treatment, how are we to respond?

I recently had the opportunity to attend a lecture entitled “Standing Up for Science”1 given by Dr. David Celiberti. The presentation described the characteristics of sound scientific research and explained how to spot red flags in promoted treatments. He encouraged the audience to watch news and media portrayals of autism critically, and emphasized that science matters. He highlighted the challenges and opportunities for professionals to promote evidence-based practice while working with client families. The presentation was thorough and passionate. In today’s climate of distrusting mainstream science (e.g., “climate change is a hoax”), it was also an important and timely lesson.

Dr. Celiberti’s presentation1 included these targets for parents to strive for:

While I realized that the talk was primarily aimed at practitioners, it occurred to me that the world of online parent support groups was not discussed. Social media networks are a vital link for parents and family members to access information on current interventions, but there are no checks in place to ensure diligence when it comes to promoting accuracy and scientific rigor. How then should a parent “stand up for science”?

Many caregivers have come to accept the value of ABA as a treatment for autism. However, if a new parent asks about ABA, responses range from how much it has helped, to how much a child hated it, to how its rote learning did not promote a child’s social skills. Just for seeking help, parents may even be shamed by radicals from within the online neurodiversity movements. To confuse matters, there is a great deal of complexity about health insurance and how coverage, if any, varies from one plan to another. Thus, a child’s chances of benefitting from ABA may well be influenced by factors way beyond its established evidence.

Many parents turn to each other for advice on prescribed medications (e.g., side effects, what else to try when one course of action is not effective), or on popular treatments such as cannabidiol (CBD), stem cell therapy, or essential oils. Parents, understandably, ask in a parent group because we are looking for quick summaries and real-life experiences. Our instinct is to believe anecdotal evidence over charts in a journal. This is especially true given the history of dismissal of parents’ concerns by some doctors, which may have led to parents feeling alienated by the medical field. It is natural to see an emotional account of a child’s transformation and ask your tribe about it.

For the most part, parents online are very well-informed and will offer useful recommendations, cite authoritative sources, and acknowledge that their personal observations may not apply to everyone; however, it becomes tougher when someone promotes or asks about an unproven treatment. How would I personally react to a new or questionable treatment? We all believe that the parent knows their child better than anyone else, so we are not to judge another parent’s decisions for their child. I can only cite an objective website perhaps or offer my rationale for others to consider.

As an example, brain stimulation (MeRT, TMS) was featured on a TV show, with compelling videos of one girl’s progress. How should a caregiver determine whether this is a course worth pursuing? My response was to attempt to follow a trail of evidence. The treatment center website cited on the show revealed that their research (specifically the ones on autism) consisted of “accepted abstracts” and “posters.”2 One of the posters3 concluded that 59% of the subjects showed improvement.

Reading deeper into it, however, revealed that of 141 original subjects, 35 were excluded after a week because there was no improvement on the Child Autism Rating Scale (CARS). Further, only 44 patients, who continued treatment for an average of two years, were ultimately counted for the 59% improvement. The authors also acknowledged that the improvement “may reflect potentiation by TMS coupled with intensive behavioral interventions.”3 While the exclusions may have been scientifically necessary, the kinds of patients unsuitable for this particular study emphasize just how diverse a diagnosis of autism is. Thus the 59% only reflects improvement for a subgroup of the population, and for parents with children outside that subgroup, the statistic becomes less meaningful.

Granted, my search was not an exhaustive one. I did not, for example, pursue the topic to see whether the accepted abstracts were ever published in full. Another reputable source4 indicates that while TMS studies are promising, there are still many questions to be answered. Would I try this with my own son? I personally would need to see further evidence of efficacy, though I would not discourage someone else from trying it, unless their child were prone to seizures or any of the contraindications listed in the study.

In another case, two mothers infiltrated private Facebook groups pretending to ask about chlorine dioxide therapy (“bleach therapy”)5. They discovered certain extreme posts which they interpreted as dangerous or abusive by parents who administered chlorine dioxide to children (for example, given severe reactions from the child). They then reported those parents to local child protective services. Are these mothers vigilantes violating a family’s privacy, or Good Samaritans saving children from harm?

In parent group discussions about CBD (cannabidiol, the non-psychoactive component of marijuana) there are many comments on various brands and their quality and purity, in addition to testimonials about the perceived benefits. Some parents admit that there was no effect at all. Others describe varying degrees or modes of usefulness (e.g., “It takes the edge off”). When I asked about its use for anxiety, I was pleased to receive this measured response from another mom (who happens to be a physician): “You can’t be sure how much of the product is actually THC (tetrahydrocannabinol, the main psychoactive component), and THC exacerbates anxiety.” Because many CBD products are not regulated by the FDA, the dosage may vary, and the possible inclusion of THC would make things worse.

Many years ago, I heard Dr. Temple Grandin give this simplified advice to parents about whether to try a treatment: Can you afford it? Was there a “wow factor”? Do you actually know several people who saw the wow factor? If so, then go for it. This advice may need to be tempered in our social media-driven world when there are hundreds of treatments out there with at least one person claiming the “wow factor.” I would add: Is it safe? Would it be practical for my family to stick to it? What is the actual evidence that it works and from where does it come? Would its implementation cause anxiety or other side effects that could negate any potential benefits?

As caregivers of those affected by autism, we must become experts on medical treatments, educational strategies, legal processes, and financial planning. We work tirelessly on the physical and emotional health of our own families. We support others so that we have a stronger common voice to advocate for services. Let us not forget to be discerning and responsible citizens online as well.

Citation for this article:​

You may be interested in this article from the Association for Science in Autism Treatment:
Standing Up for Science on Parent Social Media

This is the link:
https://asatonline.org/research-treatment/interviews/standing-up-for-science-on-parent-social-media/