The Picture Exchange Communication System: Is There Science Behind That? 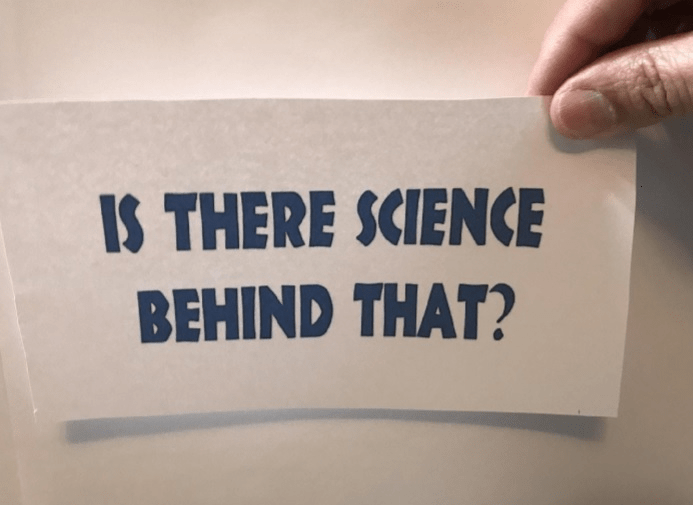 Historically, teaching a communicative repertoire to children or individuals with autism spectrum disorder (ASD) and intellectual and developmental disabilities (IDD) focused on vocal verbal speech and modeling a speech sound with the hopes of the individual being able to imitate that sound (Charlop-Christy et al., 2002). However, prompting vocal verbal behavior is limited in comparison to a physical motor movement. Unless the individual has the ability to imitate, teaching speech sounds may be difficult (Bondy & Frost, 2001). Sign language is one potentially excellent option for teaching an alternative modality for communication. However, it also requires the individual to be able to attend to and imitate, as well as discriminate, very fine motor movements (Shwartz et al., 1998). For individuals with ASD and IDD, this may be a skill deficit making it very difficult to learn complex language. Therefore, Andy Bondy and Lori Frost turned their attention to exploring different modalities of communication that may better lend themselves to prompting and therefore result in greater contact with reinforcers. At the time of the development of Picture Exchange Communication System (PECS; Bondy & Frost, 2001), picture pointing was emerging as a form of communication; however, the individual may point to and cover the picture (i.e., preventing the communication partner from being able to see the image selected). Or they may touch the picture when no one is attending to them and therefore miss an opportunity for reinforcement resulting in possible extinction of the behavior. Bondy and Frost (2001) wanted to focus more on the communication exchange that occurs in language, so they developed a communication modality that teaches the individual to select a picture, pick it up, and place it in the hand of the communicative partner. This allows the teacher or caregiver to use physical prompts for communication and reduce the number of required prerequisite skills of the learner.

According to the seminal article by Bondy and Frost (2001), there are six steps of teaching PECS. The first focuses on the physical exchange and how to communicate. It teaches the learner the basic exchange of communication (i.e., expressing an idea to another person via the exchange of a symbol). Once the individual masters the exchange, the second step is referred to as the distance and persistence phase. This phase tests the durability of the communicative response, focusing on increasing the distance and response effort of communication such that the learner may have to travel and recruit the attention of the partner in order to contact reinforcement, as well as travel in order to access the symbols themselves. The third phase focuses on discrimination between symbols such that as more pictures are added to their system, they are able to find and exchange the picture that corresponds to the item they want. The fourth phase involves increasing the mean length of utterance and using phrases such as “I want” or “I see”. This allows the learner to move from mands (i.e., requesting) to perhaps engaging in tacts (i.e., labeling) or intraverbals (i.e., responding to questions). Phase five teaches the learner how to use PECS to answer questions and finally, phase six teaches commenting. As mentioned, not all phases need to be taught or mastered. Phase one is the building block for the remaining phases, but teaching the fundamental phase 1 exchange can have major implications for communication and other areas of the individual’s life. There are articles and manuals on how to use and teach PECS (e.g., Charlop-Christy et al., 2002; Conklin & Mayer, 2011; Frost, 2002; Paden et al., 2012; Schwartz et al., 1998), but the question remains, is there science behind PECS?

The existing research literature on PECS is vast and focuses on different phases and aspects of the system across populations with various skill sets and goals. Fortunately, researchers have produced several meta-analyses and review papers, so they will be summarized here.

For example, Preston and Carter (2009) reviewed the literature on PECS and found studies that utilized both randomized control trials (RCT) and single subject designs. The authors noted that, at the time, there had been only three experiments using RCTs and concluded that the methodology and data were insufficient for drawing any conclusions on the efficacy of PECS and encouraged future researchers to conduct more research in this area. However, Preston and Carter also noted that there was supporting evidence for PECS provided across the experiments that incorporated single subject research design methodologies. In conclusion, they found preliminary support for PECS as a communication modality for children and adults with ASD and IDD who have little or no vocal verbal language.

Sulzer-Azaroff et al. (2009) reviewed 34 peer-reviewed publications on PECS. This review included children and adult participants working with caregivers, teachers, and parents. Sulzer-Azaroff and colleagues reported that the results suggested that PECS was effective in teaching individuals who previously had no or limited functional communication, how to communicate. Most of these individuals learned new requests and some learned the more advanced phases in which they learned to describe things. When they reviewed articles that compared PECS to another modality, Sulzer-Azaroff et al. (2009) noted that the participants performed the same or better with PECS (e.g., Adkins & Axelrod, 2002). Overall, the results of this literature review further supported the use of PECS for teaching communication to non-speaking individuals.

Hart and Banda (2010) conducted a meta-analysis of the single subject research design studies on PECS. They reviewed 13 published studies and found that teaching PECS increased functional communication for all but 1 participant. They also noted some reasons why it might have been so successful for this population. First, the basic PECS procedure incorporates motivating operations (MO; Poling, Lotfizadeh, & Edwards, 2017) for teaching requests. The use of MOs presumes to increase the value of the reinforcer thereby increasing the likelihood of the individual engaging in the exchange in order to access the items. This contingency is very salient and likely a major reason why so many are able to acquire phase one of PECS so quickly. Therefore, PECS has the ability to teach someone abstract concepts using more salient stimuli and behaviors.

Schreibman and Stahmer (2014) conducted a randomized control comparison of the effects of verbal and pictorial communication on spoken language for children with autism. This study included 19 randomly assigned 2.5-year old’s who had a diagnosis of ASD that had fewer than 10 spoken words at the onset of the intervention. Participants in this study acquired about 90 spoken words on average after 6 months and about 120 spoken words after 9 months following intervention, showing strong evidence of the effectiveness of PECS.

According to these and more recent work on PECS, it appears that there is science to support the use of PECS for teaching communication to individuals with ASD and IDD across the lifespan. What is also interesting about PECS is some of the affected collateral behaviors (i.e., behaviors that were not directly targeted in the intervention) that are noted in these and other studies. First, there are some reports of vocalizations emerging while teaching PECS (e.g., Greenberg et al., 2014; Hart & Banda, 2010; Sulzer-Azaroff et al., 2009). For example, Greenberg et al. (2013) studied the amount and pattern of their participants’ vocalizations before and after PECS training. In study 1, the experimenters measured spontaneous vocalizations during and after PECS training. They saw an increase in vocalizations when compared to baseline. In study 2, participants who demonstrated limited vocalizations after study 1 were exposed to a procedure that included a time-delay prompt (i.e., waiting 3 seconds after the picture exchange to deliver the item to see if they would emit a vocalization) and verbal prompting procedures. Results of study 2 suggest that spontaneous vocalizations increased and occurred with every exchange. These results were quite promising and addressed the concern that if caregivers teach an individual to use PECS, they might not learn to vocalize. This does not seem to be the case. The emergence of vocalizations may be due to a variety of factors and is an empirical question that researchers should continue to study.

Another possible benefit of teaching PECS was reported by Hart and Banda (2010), who noted that in the studies they reviewed, there was a decrease in problem behavior for the participants who learned PECS. This is likely due to the fact that the individuals are learning functional communication skills. Functional communication training (FCT) is a procedure that teaches individuals a more appropriate way to request (i.e., communication rather and problem behavior) access to their reinforcers (Tiger et al., 2008). FCT can include a variety of communication modalities, but picture exchange is commonly used in the literature (e.g., Tiger et al., 2008). During FCT, the individual receives access to their reinforcer for a communicative response and no longer receives it for problem behavior. Therefore, they are taught a new way to get the things they need and want without engaging in problem behavior. One can also look at this from a response effort perspective. Communication is much less effort than engaging in physical aggression. Therefore, once PECS is acquired, the child may prefer this response that requires less effort and results in their preferred items.

Numerous literature reviews and individual research studies provided evidence to strongly suggest that PECS can be considered an evidenced-based procedure. So, parents and caregivers can confidently use PECS to establish and shape communication in their children, with confidence that improvements are likely to be made. Furthermore, there are manuals that are both clear and comprehensive to guide the implementation of each step of the system.

Given that, continued research to establish whether or not PECS works seems unnecessary. Instead, researchers involved in studying this communication system could extend what is known about PECS along different variables and dimensions. For example, more research could be done on the extent of generalization and maintenance of PECS acquisition. Another area to address would be the preference of communication modality – that is, studying what influences an individual to select different communication systems, such as PECS, signs, or speech. Although some small n studies have been done on this (e.g., Tincani, 2004), it remains a very fruitful avenue to explore. Finally, it would be helpful to develop a more comprehensive literature based on the issue of whether the acquisition of PECS is responsible for a reduction in behavior problems and a spontaneous increase in spontaneous vocalizations.

The experimental research shows that PECS is an evidenced-based procedure. When working with individuals with communication impairments, PECS can be used to establish foundational or complex communication. Since communication deficits are one of the common symptoms of ASD, this particular procedure is a very welcomed and needed intervention approach.

Other “Is There Science Behind That?” Articles: